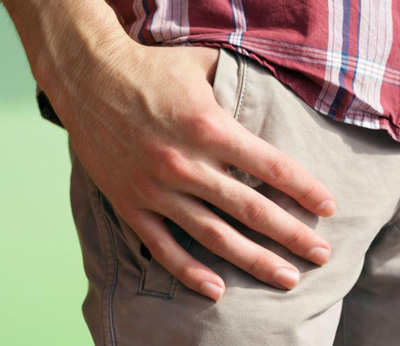 It’s funny how often politics and sex are linked together. Usually it involves scandal, blackmail and leaked photos to the press. But this election year, it’s been more about dick jokes. The most recent Republican debates and events have each featured jokes, innuendo and straight out defensiveness when it comes to comments about penis size.

At a rally in March, presidential hopeful Marco Rubio told the crowd “[Donald Trump]’s always calling me ‘little Marco.’ I’ll admit he’s taller than me. He’s like 6’2’’, which is why I don’t understand why his hands are the size of someone who’s 5’2’’. Have you seen his hands? And you know what they say about men with small hands? You can’t trust ’em!” The crowd, of course, laughed, thanks to the old wives tale about penis sized to hand or foot size.

The jab may have hit a little too close to home for The Donald. At a debate that took place just a few days later, Donald came out swinging. “Look at those hands, are they small hands?” he asked the crowd. “And, he [Rubio] referred to my hands — ‘if they’re small, something else must be small.’ I guarantee you there’s no problem. I guarantee.”

These recent developments have not only made many Americans take a closer look at presidential nominees, they’ve also reinforced the idea that men remain fixated on penis size. As a result, many websites have seen an increase of interest in male enhancement reviews and product listings.

It’s All About Size

The cold, hard, facts are that most women don’t care a whole lot about size, unless a man is at one extreme or the other. So when men go after one another to criticize size, we understand that it’s not really about size per se, but how manly they are. But is manliness really directly related to penis size?

Penis size is determined by a number of different things, including the male hormone testosterone. But a man can have high levels of testosterone and still have a normal or even smaller size penis. So why all the focus on size?

Today, researchers think the driving force behind this fascination with size comes down to the male drive to compete. Competitiveness has been seen to be more evident in people with higher testosterone levels and many evolutionary scientists think this is the biggest reason why size matters so much to men.

The fact is there are precious few ways for men to measure themselves against another man. Height certainly plays a role but penis size is not only more intimate, it gets to the root of anxiety for many men. So attacking a man’s penis size as opposed to his height, hair patterns or any other male traits, zeroes in on an issue most men are already sensitive about.

Where Do We Go From Here?

These jokes may make most of us laugh, but for men who have already been checking out options through male enhancement reviews, they hit a little close to home. The truth is, there’s only so much you can do to alter your penis size. While there are some effective measures such as traction and surgery, the fact is these options always need to be researched carefully. That’s why responsible companies and savvy customers know that reading through male enhancement reviews is the best first step to resolving their own concerns over size.

Does that mean any of the presidential nominees have been bookmarking male enhancement reviews and products? We may never know. But what we know for certain is that in this election cycle, penis jokes have become truly mainstream.