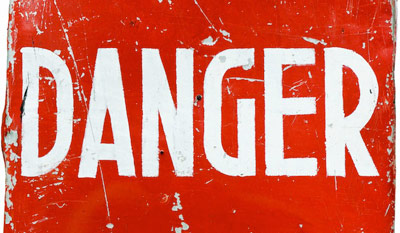 Shopping around and reading reviews is commonplace now, but how can you be sure you’re getting the real story? Companies today sometimes pay people to review their products in order to get more people talking and posting online, spreading the word about their products essentially for free. Respected companies do this by offering their products free or at a discounted rate in exchange for an honest review. Their hope is that the product will perform well and the reviewer will post something positive. This is a common practice and there’s absolutely nothing wrong with it. Other companies, however, don’t bother giving their products away, they simply hire hack writers to write fake reviews. So how do you tell the difference? There are five major warning signs you can look for to avoid fake penile extender reviews.

A fake review is required to be positive so these reviews will only post the positive aspects of a product. When it comes to enlargement devices this means focusing almost entirely on the results with little or no mention given to the process. Using an enlargement device requires a big commitment of time in order for it to work, so a review that goes on and on about fast results should be viewed very sceptically. Also a review that never mentions the comfort level of the device or how it was adjusted should also be flagged. A man reviewing such a personal device is bound to have a few complaints, even if they are only minor. Real penile extender reviews will include information on what worked, and what wasn’t so great.

Since these reviews are fakes, they aren’t something any respectable writer would ever take on. As a result, the people who write the reviews are paid very little and they write reviews constantly in order to make money. The reviews come out riddled with spelling error, poor grammar and, in some cases, barely readable. More often than not the reviews are actually quite short and feature text-like spelling in order to look cool or hip but anything like that should send up a red flag in your mind. If a guy is willing to wear an enlargement device, then he should be able to sit still long enough to write a thorough review.

How Many Times Do They Mention the Product by Name?

Fake penile extender reviews are intended not only to get people talking about the product, but also to pop up in search engines. Writers often mention the product by its full name in an attempt to boost its ranking when the phrase is searched online. Search engines do what they can to keep this from happening and the method isn’t as effective as it once was, but unscrupulous companies still do it, making it a rather easy red flag to spot.

Legitimate review writers will have a lot of reviews posted on a website for a number of products. Chances are good they’ll also write reviews under the same screen name on other websites. If the review you’re reading is the only one written by that user or if they only review products by the same company, be wary of what it says.

This all Sounds so Familiar

Sometimes fake penile extender reviews will simply be a rehashing of the sales copy on the original website. If the review reads more like marketing-speak than an honest review, there’s a good chance it wasn’t written by someone who actually used the product. Other times, a single writer will just repeat the same review they used before so everything they write sounds unnervingly similar. If a review writer just says the same stuff over and over again, it’s time to move on.