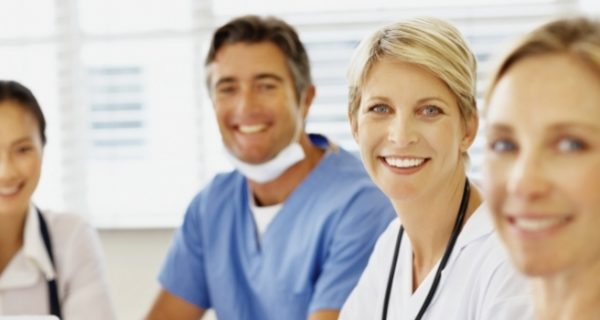 Medical experts have never seen eye to eye when it comes to penis enlargement products, expressing conflicting views on the effects that penis extender manufacturers promise their customers. Some are determined they are nothing more than a well-developed scam intended to get the money out of the pockets of gullible men. Others, however, have strongly advocated for their use, having seen the positive impact they’ve had on their patients’ self-esteem and sexual performance.

A few years ago, two Italian urologists from the University of Turin have set out to perform a small trial research and see for themselves whether there is any truth to what the manufacturers claim. They chose to focus on a group of men who have actual problems with size and functionality, not those suffering from penile dysmorphic disorder. The group they recruited consisted of 15 whose penises were shorter than 1.5 inches when flaccid or 2.75 inches when erect.

How the Study Was Conducted

The urologists in charge of the research decided to test the effects of a brand-name penis extender, immediately denouncing knock-offs and mass produced male enhancement tools as ineffective. The entire study took a year to complete – the first six months were the experimental stage, while the remaining six months were used to observe how long the effects of using an enhancement tool last.

During the first six months, the men taking part in the study were told to use the penis extender for six hours every day and set the traction according to the manufacturer’s instructions. This meant that they would start at the traction force of 1.3 pounds and slowly progress to the highest traction of 2.6 pounds. The results were almost instantaneously visible: in the first six months they were rather impressive, but it remained to be seen whether any of the effects will still be noticeable after six months of rest.

In the ensuing six months, some of the new measurements have slightly decreased, or “evened out,” as the doctors described the process. At the close of the year-long research timeframe, they concluded that the regular use of the penis extender over a six-month period has resulted in the adage of slightly under an inch to the length of the men’s flaccid penises and about half an inch to their length in erection. The doctors said that this growth was a constant regardless of the initial penis size.

Although all the participants in the study had penises that were considerably below the average size, the lead researcher Paolo Gontero claims that the results can just as well be applied to men suffering from the so-called “dysmorphophobia.” He also pointed out that the manufacturer of the penis extender used in this research promises customers an increase of 1.3 inches, but the study could only prove an average increase of 0.9 inches with very slight variations in some individual cases.

Beware of the Negative Effects

The main reason why many urologists are strongly opposed to various male enhancement devices lies in the fact that men tend to use them excessively, regardless of the instruction these products come with. This can lead to bursting of the blood vessels in penis, as well as serious penile fractures. Repairing these damages requires a series of long and excruciating medical procedures and therapies, while some of them may be permanent and irreparable.

Gontero acknowledges that this is true, but puts the responsibility solely on men who ignore advice from both manufacturers and professionals. They are intent on getting the most out of a penis extender in the shortest amount of time, which is a consequence of the instant gratification-based lifestyle that’s become the standard in this day and age.

If you use the device responsibly and stretch your penis gradually, Gontero states that all the negative side effects can be avoided. He claims their moderate use is safe and could increase the size of a man’s penis, comparing it to the gradual expansion of the skin tissue in cosmetic procedures. The one thing men shouldn’t do, according to him, is to sleep with a traction device on, as it involves risk of causing damage to the penis when rolling over the bed. Other than that, he’s very enthusiastic about them.