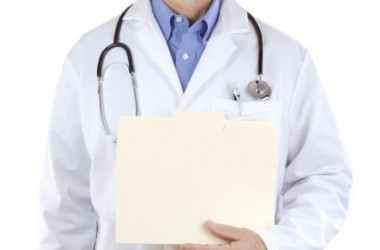 Many men have concerns about the shape or size of their penis at one time or another, but for some men, the concerns never get better. Some men have a condition which results in bumps, bends and uneven ridges which can cause their penis to bend uncomfortably. The condition can also make sex painful for some men, especially if the condition goes untreated. This condition is called Peyronie’s disease and it’s thought to affect millions of men worldwide.

Peyronie’s disease was first documented in 1743 by Francois Gigot de la Peyronie, a French physician. He described the cases of three different men who had what he described as “rosary beads of scar tissue” which resulted in an upward curvature of the penis during an erection.

Since Peyronie’s initial diagnosis in the 18th century, millions of men have been diagnosed, but statistics on its occurrence remain somewhat cloudy. Experts believe the condition affects round 1 – 4% of men, though often the condition goes unreported and untreated. The reason for this is twofold. First, the condition can vary in its symptoms, sometimes presenting as only a mild curve to the penis or minimal bumps under the skin. Secondly, the condition can be embarrassing for men and if they aren’t experiencing any pain or other adverse side effects, they often don’t bother reporting it to their doctor at all.

But for those who have a more severe form of the condition, the pain and problems it causes can become unbearable. For many years, doctors recommended combinations of vitamins, lotions, massage techniques and physical therapy as a way to mitigate some of the symptoms and provide a small amount of relief. Surgical options have been available for many years, but the potential for complications makes it an option only in the most severe cases.

Recently, more and more men have been looking into alternative therapies, including traction devices originally intended for penis enlargement. As men have read through penile extender reviews, many noticed that men reported a straightening of their penis where there had been a curve before. For men diagnosed with Peyronie’s disease, this was an absolute breakthrough.

Traction devices work to produce lengthening effects by using pressure over time to literally stretch the penis. These devices have been proven effective not only by the men behind the positive penile extender reviews spread all over the internet, but also through some clinical studies. These studies have found that when the devices are used as instructed, with a small amount of tension and then worn over a period of several weeks or months, true gains in size were achieved for men. For those dealing with Peyronie’s disease, the length they gain initially comes from the straightening of the penis. Essentially, this means that men with Peyronie’s disease could experience more growth overall than other men when using a penis enlargement device.

Men with Peyronie’s disease are often eager to find a treatment which actually works. By reading through penile extender reviews they can find devices that work based on the principle of traction which offers a way to straighten the penis over time, which lessens the risk of injury. This method, coupled with tissue massage and other natural therapies, is the most effective option men have short of surgery in order to resolve this issue. This form of therapy can be done at home, but should always be undertaken under a doctor’s care in order to avoid complications. Nevertheless, it’s an option that leaves the lion’s share of control with the patient himself which can help men who have felt out of control for so long.