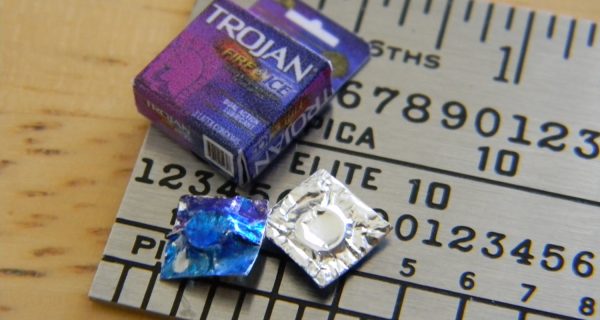 Penis size is a hot topic for both men and women – though not always for the same reason. Of course, women will discuss their partner’s penis size with their friends, though they are usually more inclined to discuss their partner’s technique or libido. That’s because when it’s all said and done, women aren’t always focused solely on size. Instead, women are impressed by the combination of a well-proportioned penis and a man who actually knows how to use it. After all, the most perfectly shaped penis in the world isn’t worth a hill of beans if the man it is attached to doesn’t have a good technique or can’t perform.

Men, on the other hand, almost always focus on size. Who has the biggest? Who has the smallest? Which is more important – length or girth? These questions often go unanswered or, worse yet, answered through sources with an agenda to push or which simply haven’t done the research. Lots of men check out penis enlargement reviews and articles to learn about what’s normal – and what’s possible.

The fact of the matter is that in spite of all the worry and concern men have about penis size, most guys are totally average. According to several clinical studies and research projects, the average penis size is around 5 inches when erect. This is a far cry from the 7-inch standard put out and sustained by urban legends and the adult entertainment industry. Still, even when guys learn the true average size and come to realise they’re average they still wonder – is it really enough. That’s a question addressed in male enhancement and penis enlargement reviews on a daily basis.

There have been a few studies that show women do care about size, though not usually to the degree men think they do. Typically, women only care about size when a man’s penis isn’t proportionate to his body. For some guys, this means size isn’t a problem until they change the rest of their body. Men who lose weight or begin weight training, for example, often find their penis suddenly appears to be smaller even though it hasn’t changed at all – it simply looks different because the rest of his body has changed.

The other time women care about size is when a man’s penis falls on one end of the spectrum when it comes to size. Men with very large penises, for example, often make headlines since it’s the end of “problem” most men see as a gift. But what about guys at the other end of the spectrum? Micropenis is a serious condition where a man’s penis sometimes measures under an inch even when erect. While this is an extreme example of small penis problems, there are plenty of guys who struggle as they only have three inches or so when erect. Performing with a penis this size presents a number of challenges, including the way it impacts a man’s self-esteem.

For men who measure in at just below the national average for penis size, enlargement is becoming a popular option. Home traction style devices have proven themselves to be effective when it comes to adding length without sacrificing girth. But in the end these devices do more than simply add length or enhance a man’s size. They also boost his self-esteem which goes a long way toward improving his performance. These are the same concerns addressed by men who write penis enlargement reviews – their stories reflect the importance of men doing this process for themselves, and not simply to please another person.

At the end of the day, deciding what’s too small has more to do with proportion and performance than hard numbers. For men who feel their penis simply doesn’t fit the rest of their body, considering enlargement options can be the simple and effective way to resolve the issue, boost their self-esteem and help them achieve the goals they have for their sex life.