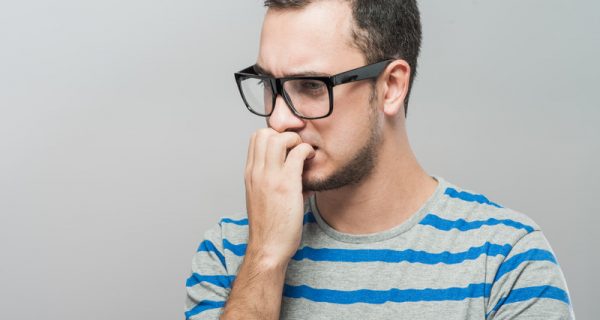 Are you worried that one or more characteristics of your penis don’t measure up to the standard? Millions of guys around the world share your concerns. In fact,take ten of your buddies and ask them if they’re happy with what they’re packing down there. Chances are that perhaps even half of them would tell you that there’s something they’d like to change about their penis. If it’s your size that’s bothering you, you can use a penis extender to solve your problem and stop worrying.

It’s a known fact that worrying doesn’t do us any good. The more you worry, the more likely you are to develop serious problems due to the regular exposure to stress and anxiety. This will have a tremendous effect on your life in general, not just on your performance under the sheets. A recent study published in the Archives of Sexual Behavior shows that men who worry about their size will go as far as to cut down their sexual activity or even completely eliminate it, just so they don’t have to deal with their problems.

What Men Worry About the Most

This large study involved more than 4000 men who were asked to express their opinions on specific physical aspects of their manhood. To determine how the possible lack of satisfaction reflects on their sex lives, they were also asked to disclose details about their sexual activity or lack thereof. It turns out that men don’t really worry about the head of their penis or whether they’re circumcised or not. In fact, they’re pretty happy in that respect. Most of them don’t care about how their penis smells, either.

How This Affects Their Sex Lives

As expected, the stress and anxiety these men are dealing with on a daily basis have a very negative effect on their sexual activity. Namely, they abstain from having sex for fear of not being able to live up to their partner’s expectations. Only 39 percent of the participants who said they were unhappy with their penis reported engaging in sex once per week. The number is quite concerning on its own, but even more so when compared to over 50 percent of men who said they were happy with their manhood.

Another thing that the researchers have noted is that nearly all men who find issues with the size and look of their penis avoid engaging in oral sex, at least when they’re the ones on the receiving end. Oral sex is generally seen as being more intimate than the regular sex act, which may explain why these men shy away from it. As far as their fear of not being able to perform well is concerned, it’s well known that stress can seriously affect the quality of their sexual performance and cause a lot of related issues.

Get Rid of the Stress Permanently

Men who don’t like what they see when they look in the mirror can benefit greatly from using a penis extender every day for six months. Several major studies published in reputable medical journals have proved that a penis extender can increase the length of a man’s penis by nearly a full inch after only six months of regular use. What’s more, they are also the only certified way to add a few tenths of an inch to your girth, as well. As long as you use it according to instructions, you’re good to go.

After your penis extender helps you add a bit more length to your manhood, you’ll finally be able to relax and experience all the pleasure and joy that sex brings.