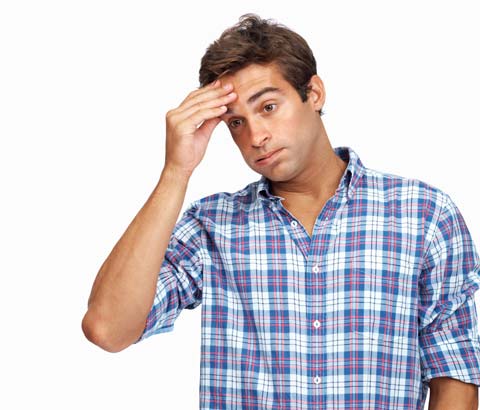 When people think about the kind of guy who uses a penis extender, they’re likely to see him as being a bit vain and even a little superficial. Penis enlargement in general is seen

as nothing more than a cosmetic procedure and, as a result, it’s often not taken as seriously as it should be. But the truth is that problems and concerns over size can have far reaching effects when it comes to a man’s overall health and well-being.

Stress related to body image has become a hot topic thanks to a better understanding of the pressure people feel to meet the standards set by print, television, movies and other cultural influences. This issue is often discussed in to women and young girls who feel an intense pressure to be thin, beautiful and physically flawless. While the focus in the media may be on the pressure of women, men feel that same pressure but often have no mainstream advocate informing them they are fine just the way they are.

Some men obsess and worry over size even when they are well within normal range in terms of length and girth. That does not, however, mean the stress this concerns causes is any less real. These men live under the belief that they don’t measure up physically when, in reality, they’re well within the normal range for penis size. Even those who understand that, logically, they are completely normal have a hard time shaking off the stress and self-doubt the issue raises.

At the other end of the spectrum are the men who do fall short, so to speak, and know it painfully well. For these men, concerns over size aren’t just in their heads – it’s a measurable and quantifiable problem for which they are often desperate to find a solution. But solutions are hard to come by, especially since penis size is something most people simply don’t discuss and, as a result, many men are left feeling isolated and alone.

No matter where a guy falls on this spectrum, the worry and concern over it causes an immense amount of stress and that stress can wreak havoc on a man’s physical, emotional and mental health.

How Stress Affects The Body

Stress is one of the leading causes and most powerful contributors to serious medical conditions including high blood pressure, ulcers, asthma, chronic headaches, depression and anxiety disorders. The far reaching effects of stress can complicate some conditions and kick off others, making it a powerful, complex and challenging issue for medical professionals. Without exception, their advice is always the same – that patients should reduce as much of their stress as possible. For many, this means trying to figure out the root cause of their stress but for men dealing with concerns over size, the solution is pretty simple.

Buying and using a penis extender is easier than it’s ever been thanks to the number of companies online and off which sell these devices. Even better, penis extenders are more effective and well-crafted than ever and have even been the focus of clinical studies which have found them to be effective when used properly. So for men who worry about penis size, the solution is widely available and comes with the advice and support of an active community of male enhancement advocates.

Using a penis extender is about more than just men wanting to look good. It’s also about men who want to take action in order to reduce the stress and worry they feel over whether or not they are ‘normal’ or ‘big enough’. Because sometimes size isn’t about how others perceive you, it’s about how you see yourself.