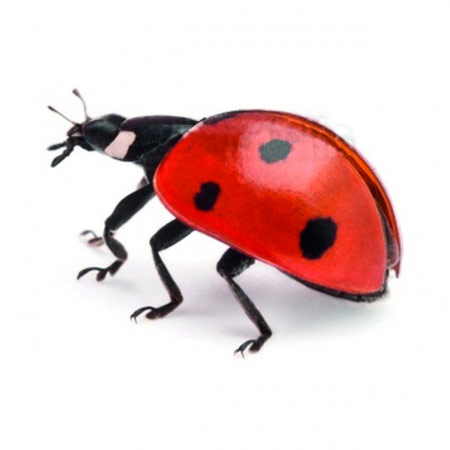 There are plenty of guys who choose to undergo penis enlargement as a way to boost their sexual self-confidence but many find that an increase in size helps their performance as well. For years, people have thought this was because of the overall boost in confidence which helps to improve performance but one researcher thinks there may be a true correlation between size and performance.

In a peer reviewed paper titled “Experimental reduction of intromittent organ length reduces male reproductive success in a bug” and published in The Royal Society, lead author Liam Dougherty and his team have discovered something pretty amazing. The team selected the Lygaeus simulans, commonly known as the seed bug, because its penis is big in relation to its body. The insect itself measures 11 millimetres long while its penis is about 7 millimetres. The fame seed bug’s spermathecal duct, aka its lady bug vagina, is only a third of the size which made researchers wonder why the male bug needs such a large penis.

In order to determine if the size of the bug’s penis mattered in terms of performance and functionality, researchers cut 5% of the insect’s size. It’s worth noting here that the penis these bug possess are simply tubes and do not have tissues or muscles which led scientists to believe no pain was involved so you can all stop wincing.

But the results did have scientists scratching their heads. A 5% reduction did result in a noticeable drop in performance and a 30% reduction resulted in not only less performance but less interest in sex in general. So what do these findings indicate for humans?

The Fringe Benefits Reviewers Have Known About For Years

This argument has a lot going for it, since self-confidence obviously plays a part in how men perform sexually but this recent research indicates size may play a bigger role than anyone ever thought. Now the question is why does it play a role and does boosting size automatically result in this performance boost?

Biological researchers think life forms with a penis that is large in relation to the rest of their bodies may be hard-wired to perform better with an average t above average sized penis. Of course our friend the seed bug falls into this category since its own penis is more than half the size of its body but so do humans.

The average human male has a penis that is large when compared to most other mammals in terms of actual size and characteristics throughout the body including hormonal changes and the internal reproductive system. So it stands to reason that size could be a major factor of performance for men as much as it is for the lowly seed bug.

This doesn’t mean the future is full of enlargement devices that promise to improve performance but it does lend credence to the anecdotal evidence put forth in many penis enlargement reviews. More to the point, it gives us all a better understanding of the complex relationship between physical sexual characteristics and how well we perform, how strong our sex drive is and how much we can enjoy our sexuality. In this regard, the recent – and somewhat strange – experiments by Dougherty and company could provide the foundation for new and landmark research into human sexuality.