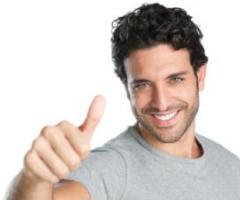 Penis enlargement is nothing new but recently, the industry has seen a surge in popularity. Part of this reason is simply because the stigma in buying or using a penis extender is now less than ever before. As people take a more active role in various aspects of their health, including their sexual well-being. As a result, sexual enhancement products such as enlargement devices and adult toys are more common and more accepted than ever before. This has changed not only the way in which we address and discuss our sexuality, but also the reasons why many people seek help.

Size is always something of an issue for men considering enlargement devices. But it’s not always the sole motivation. In fact, using an enlargement device can offer a number of benefits beyond a simply size increase. As more and more men begin to realize this, it has continued to fuel greater interest and popularity in these products as well as more research and development into newer and better devices.

The first big reason – beyond size – that men choose to use a penis extender is correct an over curvature of the penis. This condition is known under its clinical name, Peyrione’s Disease. Curvatures can range from mild to severe and typically men don’t concern themselves with it unless it is so pronounced that it interferes with performance, satisfaction or both. Some men are born with the condition and simply don’t realize anything is wrong while others develop it over time. Curvatures, lumps and other problems can be developed when there is repeated scarring below the surface, typically do to an injury during sex. While these types of injuries are fairly common and not usually an area of concern, repeated trauma can cause a build-up of scar tissue which, in turn can result in an exaggerate curvature of the penis, lumps and other abnormalities. Even then, some men don’t have a problem performing and being satisfied but for others, it becomes an issue as it prevents them from thrusting as deeply or, in extreme cases, it can make even achieving an erection painful. For men born with the condition as well as those who develop it over time, the use of a penis extender has been found to be effective in correcting the issue.

The other somewhat surprising reason men choose to use and enlargement device is to increase their sensitivity. This isn’t a result of device per se, but it is a side effect of using it to increase length. One of the biggest side effects of penis enlargement is tenderness, some mild aches and an increase in sensitivity during sex. These side effects are rather short lived and do improve once a man is done using the device, but for those dealing with delayed ejaculation, the increase in sensitivity is a welcomed side effect and one they attempt to achieve without a thought to enlargement. Using an enlargement device for this purpose can be tricky as men want to avoid using it so much as to bring on the aches and pains associated with enlargement, but long enough to bring that increase in sensitivity. In spite of having to walk this fine line, using an extender for this purpose has become more and more popular with many men posting their routines, tips and tricks on message boards and forums dedicated to male sexual health.

While size may be the main motivation for men using a penis extender, it isn’t the only reason. Increasing sensitivity and correcting a curvature of the penis are two benefits men can find by using an extender even if they aren’t concerned with their size. As more and more men open up about their experiences and their concerns, new uses for extenders and a new generation of enhancement products are being developed to answer the need.