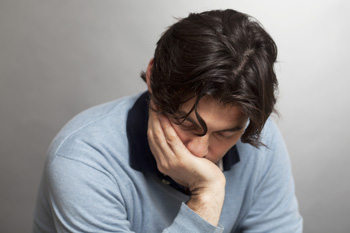 When it comes to penis shape and size, many men have concerns at some point in their lives. However, some men are never able to escape this concern—typically the concern is a result of a health condition.

Men with certain conditions experience uneven ridges, curves, and bumps on their penis, which can cause discomfort and embarrassment. Men often feel secluded and don’t believe others are experiencing these problems. In some cases this can even make sex painful when it should be a very pleasurable experience. When these symptoms are present, it is now known to be a condition called Peyronie’s disease, which affects millions of men throughout the world.

A French doctor, Fracois Gigot de la Peyrionie, was the first to document this condition in 1743. Three different men appeared to have a very similar problem that he described as “bead-like scar tissue, making the penis curve upward when erect. Since these three originally documented cases, millions of men have been diagnosed with this disease, or up to about 4% of the male population. Because it is a condition affecting the penis, it is believed that many cases go untreated and unreported. The symptoms can be mild in some cases and if pain or discomfort isn’t experienced, most men won’t consider it a concern and will not seek medical treatment. Sometimes even when it does cause mild discomfort, men don’t want to seek treatment because they feel embarrassed due to the location.

When the symptoms are more severe, the pain and discomfort that may be experienced can be unbearable. In the past, doctors have offered a treatment that combined vitamins, lotions, and even physical therapy or massage to try to alleviate the symptoms experienced. However, these methods typically offered a limited amount of relief. Surgical options have also been available to people who want to go that route, but surgery is not without risk of complications. Sometimes these complications may be worse than the condition itself.

When considering treatments, it’s important to look at the benefits compared to the risks. Surgery is often not a viable option for many men who do not want to take the chance of complications in such a delicate area.

Because of the lack of relief from traditional treatments and potential complications of surgical options, men have begun seeking alternative therapies to help solve this problem. One such treatment is the use of traction devices, originally meant to be penis enlargement devices.

With the Internet comes increased communication and awareness of products through product reviews from real consumers. Many men who have used these products for other purposes have also reported that their penises begin straightening as a result of the product’s use. For men who have curved penises or have been diagnosed with Peryonie’s, this is exciting news.

How Does a Penis Extender Work?

Penis enlargement devices, also referred to as traction devices, such as a penis extender, work by stretching the penis gradually over time using low levels of pressure. Many men think this is a gimmick and sounds too good to be true. However, there has been clinical trials with positive results. These studies show that penis enlargement products do in fact work and may be able to help men who experience bothersome curvatures of the penis. When used as instructed, the penis extender device applies a small amount of pressure and tension to the penis. Applied routinely, over a few months, the penis is stretched and size increased permanently. For men with a curved penis, the increased length is initially a result of the area being straightened. Additional length benefits may be obtained with continued use once this has occurred.

Although this type of treatment can be completed at home, it’s important to have a doctor’s clearance when treating Peryonie’s disease or when combining alternative treatments with more traditional forms of treatment. There’s no reason for a man to suffer with this condition, and men diagnosed with the disease are typically able to treat it successfully.