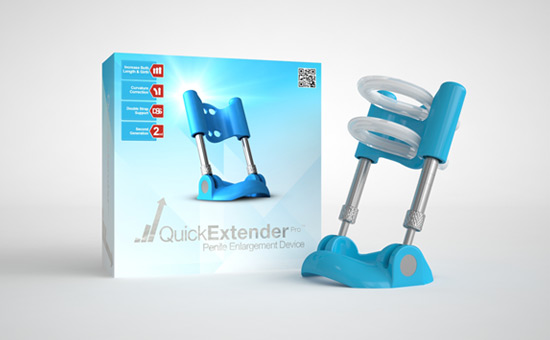 Premature ejaculation is the most commonly discussed sexual performance for men but there’s another problem at the other end of the spectrum which can be equally vexing.  Delayed ejaculation may sound like a super power for men dealing with early ejaculation but the truth is that it can be every bit as frustrating as climaxing too quickly.

Men who have a hard time achieving an orgasm often feel anxious about how long it takes for them to finish during sex. Many of them find ways to fake an orgasm or other ways to bring the sexual encounter to an end. Even when they are satisfying their partner, their own unresolved encounter leaves them in a state of almost permanent sexual frustration.

So What Does Size Have to do With It

Men who want to increase sensation sometimes hear about using a penis extender as a way to achieve their goal. Usually when they first hear about that option they ask what on Earth size has to do with taking too long to climax. The short answer is that it doesn’t – a man’s size does not determine how soon or how long it takes him to ejaculate.

But penis extenders can help men with delayed ejaculation thanks to an odd side effect most commonly discussed in penis enlargement reviews. As men review different enlargement devices they often mention that tenderness and soreness is associated with enlargement which leads to heightened sensitivity when they have sex. Often men will mention this side effect because it can be a major issue for men with premature ejaculation. But while it presents a challenge for men with early ejaculation, it gives men with delayed ejaculation the chance to improve their condition naturally.

In it For the Side Effects

Using different treatment options in order to get specific side effects isn’t a new or outlandish practice. Doctors routinely prescribe medications men don’t actually need in order to help them last longer. It’s called off-label prescribing and it’s commonly used to treat early ejaculation. Men will be prescribed antidepressants since one of the common side effects is delayed ejaculation. Even if the patient doesn’t actually need the medication, prescribing a low dose will give them the desired effect without harming their health.

Of course, the merits of possible benefits always has to be measured against other side effects. Taking anti-depressants creates other side effects in addition to what men actually want. Weight gain, rashes and even impotence can all be potential side effects with many of the medications used for off-label prescribing. Doctors and patients need to discuss these other less desirable side effects in order to decide how low a dose to use and how much a man is willing to deal with in order to improve his stamina.

The same approach can be used to use a penis extender to treat delayed ejaculation. Instead of using settings that will encourage growth, men can use the device at its lowest setting. That way they are still creating the desired side effect – increased sensation – without necessarily gaining any significant growth.

As with off-label medications, it’s important to consider other side effects which can happen when using enlargement devices. When using an extender, men often experience minor aches and pains around the groin. It’s a natural part of body modification and is usually pretty minor and able to be treated with massage and over the counter pain medication.

Of course, the side effects that you can encounter when using a penis extender aren’t as intense as medical side effects but they are still worth considering. Since the main side effect is minor aches and pains many men see it as a viable option to increase sensitivity in a relatively short amount of time.