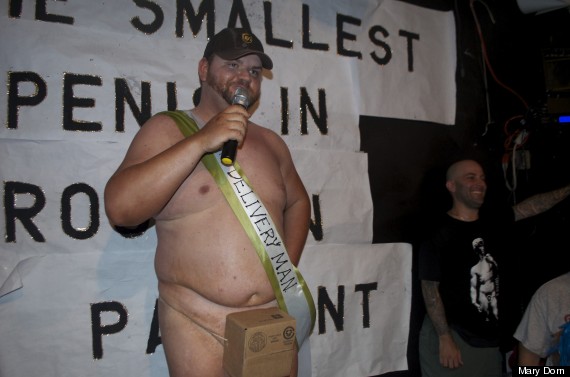 The body acceptance movement has become the focus for social media, popular entertainment and most media outlets. The focus, however, tends to be trained squarely on women leaving men to feel a bit left out. While it’s true that women struggle with body issues more often and more intensely than most men, that doesn’t mean that men have an easy time accepting themselves. This point has been the fertile ground upon which a new wave of body acceptance has begun to grow. While everyone sees the benefit in a healthy level of body acceptance, there are those who have concerns extreme versions of it could prevent men from striving for change.

Penis sizes come in a wide variety. While most men fall within the average, there are plenty of men who find themselves at extremes. While there are some men who have an abnormally large or small penis, the vast majority of men who have concerns about size fall at the short end of the average spectrum. Today we know the average penis measures in at 5 to 6 inches when erect, but there are a number of men with a penis that measures 4 inches or less. For these men, penis size becomes a serious issue as they feel they are small enough to be lacking, but not small enough to have a treatable condition.

For these men, the Smallest Penis Pageant in Brooklyn, New York has become the beauty pageant they never knew they needed. Two years ago, a few guys in a bar decided to put together the show as a way for men to have the opportunity to stand up and be proud of what they had – even if there wasn’t a whole lot to be proud of. The winner receives $200, a date with two blondes and a complimentary trip to a local strip club. Contestants have to offer more than just a small package, though. As with any pageant of this type, judges score contestants on a number of qualities, including personality and talent. While the contest is offered as a bit of light-hearted fun, critics point out that this type of extreme acceptance could lead men to believe they have no other alternative.

Traditionally, when men had concerns about performance, stamina or size they would trawl through male enhancement reviews looking for the products, devices and advice that could help them to improve their body or technique. While no product can solve every man’s problem, the community that grew out of the marketplace created a safety net and support system that many felt just as helpful as even the best products on the market.

More to the point, men used these male enhancement reviews as a way to learn about what they could change and what they couldn’t. A man who doesn’t quite measure up in the way he’d like can now rectify the issue through the help of traction devices backed with clinical results. A guy worried that he doesn’t last long enough can learn about supplements, exercises and special sex positions through male enhancement reviews, articles and forums. The fact of the matter is that for many guys, help is at hand, if they’re willing to put in a bit of effort, hard work patience and energy.

Of course, no one can argue against pageants or contests that help men accept themselves, faults and all. In truth, pageants such as Brooklyn’s search for the smallest penis can be a healthy way for men to boost their self-confidence by embracing the issue that has given them such grief and anxiety. It’s important to remember, however, that accepting yourself once and for all doesn’t mean you have to abandon hopes of betterment. In fact, finally accepting yourself as you are is what gives many men the courage to finally take action as they realize the improvements they seek aren’t necessarily to please others – but to give themselves the life, the body and the sex life they’ve always wanted.