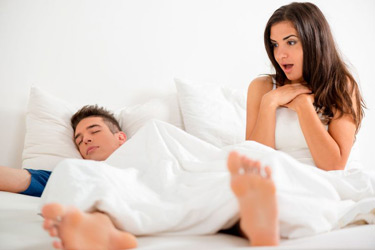 The debate on what women want in terms of penis size is something people have been discussing for years. Sex researchers have been trying to answer that elusive question for decades, as have the men who simply want to know what they need to do to land their dream girl.

Plenty of men read through male enhancement and penis enlargement reviews looking for devices and products that can take their game to the next level. But what if that’s not what they actually need? What if women don’t always want a larger penis. What if the old adage about bigger is always better isn’t always the best advice.

There have now been several studies that ask women about their preferences when it comes to penis size. Some have found that women prefer a girthier penis while others like length. Still more studies have found that penis size isn’t always a deal-breaker with long term relationships but that it does matter more when it comes to truly casual sex – we’re talking long-term Friends With Benefits situations – or with your classic One Night Stand.

So if you’ve been checking out penis enlargement reviews thinking you need to increase length in order to land a woman, you’re only half right. The truth is that, like so many things in life, it only matters sometimes and to only some of the people.

So how do you know if penis enlargement is really the right track for you? After all, you only need to read through a handful of online penis enlargement reviews to understand the commitment the process requires. No man should go through all that if it’s not something he really wants or something that will truly pay off in the end.

Men who want to go out and play the field need to have the right equipment – it’s as simple as that. More to the point, you have to be confident in the equipment you have. The average penis – when erect – measures in at a nominally impressive 5.5 inches or so. Maybe nothing to write home about, but a size that has proven to be satisfying to women across a number of studies. If you measure up below that or right at the cusp AND you’re interested in playing the field, penis enlargement is well worth considering.

But that’s not to say size doesn’t matter – it totally does. And not just to women, either! Plenty of men may measure up within “normal” parameters but they still feel self-conscious when it comes time to drop their pants and show off what they have. In these cases, even though they measure in as normal, their penis size makes them anxious and stressed out, which can actually lead to bigger sexual performance problems, including erectile dysfunction and, of course, premature or early ejaculation. For these men, using penis enlargement devices is more about becoming comfortable with themselves as opposed to pleasing someone else.

But for men who simply want to present the best version of themselves in order to attract the woman they want, considering relationship goals is in order. Many women who want causal sex or a one night stand are looking for above average penis sizes, while the women ready to settle down want something they can work with in the long-term, which means sticking closer to average sizes. For some, that makes the decision as to whether or not to undergo enlargement an easy one.