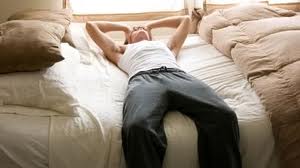 Peyronie’s Disease is a condition where scar tissue in the penis results in a bent shape when the penis is erect. Although not usually a problem, Peyronie’s Disease can result in painful erections, problems with ejaculation and increased stress or anxiety for the patient. Many studies have been conducted regarding Peyronie’s Disease but research remains somewhat limited regarding how many men are affected with this problem. Researchers and psychologists believe Peyronie’s Disease is severely under reported due to men feeling embarrassed about their condition and reluctant to discuss the problem.  Scientists estimate, however, that Peyronie’s Disease affects approximately 8-10% of the middle-aged male population in the United States. This reluctance can lead not only to a delay in treatment but can also lead to problems related to the disease, including increased problems reaching orgasm, painful ejaculation, depression and anxiety.

An Overview of Peyronie’s Disease

Peyronie’s Disease was named after the French physician Francois Gigot de la Peyronie who treated members of the royal family, including Peter the Great. In 1743 Peyronie documented three cases of men who had “rosary beads of scar tissue to cause an upward curvature of the penis during erection.” This general description became the basis for what would eventually become Peyronie’s Disease. Scar tissue along the muscle and tissue of the penis can result not only in a curved, bent or otherwise misshapen penis – it can also lead to problems involving the working of the organ. Many men have healthy and fulfilling sex lives even with Peyronie’s Disease provided the disease does not affect the performance of their penis. In fact, some men are even happy to have a penis shaped a bit differently. But, for other men, Peyronie’s Disease results in pain, embarrassment and anxiety.

There are a number of different treatment options available for men struggling with Peyronie’s Disease. Currently, treatment options include surgery, therapuetic devices such as a penis extender and medication. Surgery is the most extreme option and is only considered as a last resort once all other treatment options have been explored and exhausted. The surgery itself is extremely difficult and is only preformed by urological surgeons experienced with this kind of specialized corrective surgery. The procedure, known as the Nesbit Operation, results in penile shortening for all patients. Other risks include permanent loss of sensation and erectile dysfunction. With risks like this, doctors prefer to explore other options such as physical therapy and medication or oral supplements before discussing the need for complicated surgery.

Physical therapy and therapeutic devices for Peyronie’s Disease are similar to penis extenders, which essentially stretch the penis or, more specifically, the plaque which forms as a result of the scarring and which has resulted in the curvature. This is done through using a gentle but steady force which works gradually, over time. These products are supported by plenty of anecdotal evidence but are just now beginning to be examined and evaluated through controlled clinical trials.

Options involving medications or supplements are still considered to be somewhat controversial. Again, there is plenty of support in the form of anecdotal evidence but only a small amount of scientific support. New treatment research has focused on supplements which counter inflammation such as the increasingly popular Coenzyme Q10. Other supplements which have become popular in this type of research include potassium para-aminobenzoate, L-arginine, acetyl L-carnitine and propionyl L-carnitine. Once medication, collagenase clostridium histolyticum, has shown promise in breaking down the plaque which causes Peyronie’s Disease but, as of 2013, has not been officially approved by the FDA. Natural supplements found to support the correction of Peyronie’s Disease include Vitamin E and colchicine. For many men, special blends of herbal remedies have been their first option as they can be purchased discretely and are not likely to cause side effects. Other men find more immediate results by using a penis extender.  These have become especially popular in light of several penis extender review wesbites which focus on this problem and the readily available solutions.

Although Peyronie’s Disease results in a man’s penis looking different, it is not simply a cosmetic issue. Not only can the curvature result in pain or problems with ejaculation and urination, it can also cause stress, anxiety and embarrassment for the patient. Although treatment options remain somewhat limited for this condition, research continues to show promise for a whole new generation of options and, in turn, a whole new generation of men.