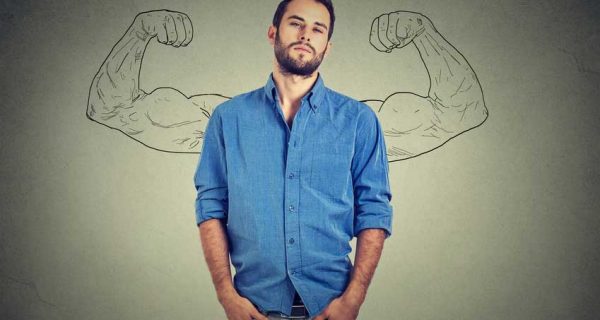 You’ve surely heard of the concept of “penis envy” by now. We’re here to tell you that it’s not just real, but also very serious and very common. Millions of men around the world believe their penis is not up to par with other men’s manhood. Whenever we’re envious of someone else, it always stems from our own insecurities. When asked about what physical feature they would most gladly change about themselves, most men respond that they would like to be taller and – have bigger penises.

Whether a man can perform well enough in bed is beside the point in this case. Whoever said that size doesn’t matter has probably never experienced what it’s like to be unhappy about the size of what you carry down there. This unhappiness is easily transported into your everyday life, first in terms of stress and anxiety, which then translate into a permanent hit to your self-esteem. But if a penis extender is scientifically proven to increase your size permanently, it can also do wonders for your self-esteem.

Self-Esteem and the Size of Your Penis

Some men are blessed with a positive outlook on life; they ooze confidence and size really doesn’t matter to them. However, they are in the minority. The majority of men are very much concerned about their size for a variety of reasons. Studies have shown that men spend a lot of time thinking about sex. In fact, you often hear that someone is accusing them of thinking with their penis instead of their brain, so it’s no wonder why being well-endowed is so important to them.

There’s also a certain tribal element to relationships between men. They often discuss sexual matters and the issue of penis size arises every now and then. Men like to brag about how big they are and this alone is enough to leave others whose members don’t measure up with feelings of insecurity and inferiority. It’s much like the adult male version of peer-pressure we often discuss in the context of teenagers and their high school experiences.

On many occasions, men will be naked in front of other men – whether it’s when they’re changing in the locker room or taking a shower after a workout. Though they’ll be hesitant to admit it, their eyes tend to circle around the room to see if their buddies have a bigger member than they do. If some of them notice your penis doesn’t measure up to theirs, they’ll often make your size a laughing matter. To them, it’s just an innocent joke, but to you, it’s deeply hurtful, even if you act like you’re laughing with them.

It Doesn’t Have to Be This Way

If adding about an inch to the size of your penis would make you feel better about yourself, then a penis extender is all you need. Many clinical tests and studies have been conducted in recent years and all of them showed that using a penis extender over a six-month period can lead to gains of up to an entire inch. What’s even more important is that the inches won’t just suddenly disappear overnight – once you’ve successfully completed the session, the length gains are there to stay.

In addition to being clinically and scientifically proven as efficient, these devices are also non-invasive, safe to use, and completely risk-free as long as you follow the instructions on how to use them properly. Remember that buying a penis extender is an investment in your mental wellbeing first and foremost. There are many models in the market but beware of the cheap models that are known to cause many dangerous side effects. Go for a reputable brand, even if it costs you a bit more. It’s all about the results.

Once you achieve the results you’ve wanted to, you’ll finally feel like a master of your own domain wherever you go. Your performance between the sheets will improve drastically and you will no longer be ashamed to take your clothes off in front of your peers. Ultimately, you’ll be able to look in the mirror and finally be happy with what you see in front of you. By using a penis extender, you’re not just gaining extra penis length – you’re also gaining much-needed self-esteem.