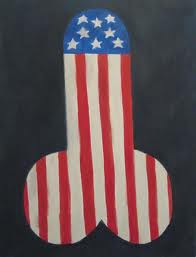 The penis doesn’t get a whole lot of attention in mainstream media. Maybe that’s why so many men go through life not knowing just what they are capable of. This has been beginning to

change over the past few years with penis extender and enlargement devices garnering more attention from the scientific community.

The Average Penis is Probably Shorter Than You Think

For years, people thought the average penis size was around 7 inches when erect. This established average was the result of the earliest studies regarding human sexuality. These studies relied on self-reporting for a number of issues, including penis length. These self-reported numbers went on to become fact until later studies chose to implement more scientific methods and conducted their own measurements.

Today, we know the average American penis is around 5.5 inches when erect. This came as quite a shock to many men who had always felt they never quite measured up. It has not, however, lessened the demand for penis extender and enlargement devices. In fact, many men opt to continue to use a penis extender in order to give them an added edge over other men.

How the Penis Got Its Shape

The human penis is shaped differently and is also larger in relation to our body size than those of other animals. Researchers have wondered why this is the case for years and, in 2004, Gordon Gallup at the University of New York published the paper that has become to prevailing theory on how the penis got its shape. According to Gallup, the shape of the human penis allows for greater semen displacement and is designed so that it ejaculates deep within the vagina and swells so that it essentially squeezes out any other semen which may be present, an evolutionary necessity during human’s early years.

Penis Enlargement is Nothing New

With penis enlargement options receiving more attention in the media, many people think that finding ways to lengthen or thicken the penis is a new development. The truth is that men have been finding ways to change the shape of their penis for generations. A variety of advice dates back to ancient Egypt and, closer to home, the penile enlargement industry became a commercial success when the first vacuum pump was introduced in 1917. Since then, penis extender options have become increasingly popular, surpassing even the original vacuum pump. Studies on results for men who used a penis extender have been published since 2009 supporting claims that they can help add length when used as directed.

Your Penis Gets More Action Than You

Some guys fall into bed at the end of the day too exhausted to even think about sex. But their penis still has energy to burn. During the night, the average guy experiences 3 to 4 erections even if his dreams are not sexual in nature. These erections often do not result in any emission or orgasm but are simply your body’s way of keeping your penis limber.

A 1996 study established the truth behind the old ‘grower or shower’ saying once and for all. Researchers found that there was no accurate way to determine a man’s erect penis size simply by taking a measurement of it in its flaccid state. Growers have a penis which both expands and lengthens as it becomes erect. Showers expand and harden but don’t typically get added length. A study by Men’s Health reported that 79% of the men polled were growers and the remaining 21% were showers.

How long a guy lasts in bed is always a hot topic among women when they compare notes on their own sex lives. Just like men, women can be prone to exaggeration but researchers have found not all of it is intentional. German scientists found that the average sexual encounter clocked in at just under 3 minutes. When the researchers asked the female partner how long she thought it had lasted, their average came in at 5 minutes.

Zombie Apocalypse? Not a Problem

You don’t need a brain to have an orgasm. The signal for a man to ejaculate comes from the spinal cord. Technically, even a zombie could achieve an erection and ejaculate, even if he hasn’t had his recent fill of “braaaiiins”.