In the bedroom men often evaluate themselves based on how long they last, how large they are, and how hard their erections become. Interestingly enough, all three things are interrelated to some extent. All three things can also be increased through the proper use of exercises, various lovemaking techniques, and male enhancement products. For the purposes of this discussion we will focus primarily on erections and how hard or soft they may be.

It’s generally accepted that when a man is fully aroused he will experience a “rock hard” direction. How hard an erection needs to be to qualify is obviously relative to the individual man and his partner. Nonetheless, both know when erection is too soft. If a man experiences the condition of being too soft on too many occasions, this is probably something that should be addressed so as to not shatter his confidence and lead to more problems down the road.

The physiology of the male erection is rather simple from a mechanical standpoint. As a man becomes aroused certain hormones in the body cause the blood vessels carrying blood to the penis to dilate. The dilation results in blood filling the soft, spongy tissue of the penis. Blood flow continues unabated as long as the man continues to be aroused or some other physiological function interrupts it. In theory, a rock hard erection is achieved when the spongy tissue of the penis is holding the maximum of blood it can sustain.

Armed with that knowledge it would seem that the key to rock hard erections is proper blood flow. However, there is more to it than that. Even when the penile tissue is fully engorged blood is still moving in and out of the system like electricity through a circuit. If the muscles of the pelvic floor are not as strong as they could be it makes it more difficult for the reproductive system to keep the blood flow even as it comes in and goes out. Weak pelvic floor muscles are one of the primary reasons older men find it more difficult to maintain rock hard erections after ejaculation, despite achieving maximum hardness prior to it.

One of the best things a man can do to increase his ability to maintain rock hard erections is to do what’s known as Kegel exercises. These exercises were developed by Dr. Arnold H. Kegel in the 1940s as a means of improving muscle tone in the pelvic region. Interestingly enough, the exercises were not originally intended to have anything to do with the male erection. They were developed as a means of helping men and women control incontinence as well as prepare women for the process of labor and delivery.

In prescribing these exercises and keeping track of the results, Dr. Kegel stumbled upon the fact that they also helped men who were having problems with soft erections, premature ejaculation, and inadequate ejaculate amounts. He discovered that the muscles of the pelvic floor play such an important role in the reproductive systems of both men and women that they became standard practice among doctors treating sexual dysfunction. As it turns out, Kegel exercises are just as effective women in that they tighten up the vaginal wall and increase the pleasure of sexual intercourse.

The wonderful thing about Kegel exercises is that anyone can do them and they are extremely simple. A single exercise consists of forcibly contracting the sphincter muscles and holding that position for as long as you can. Think of it as the same process you engage in when you’re trying to prevent urination. Under the pressure of possible urination most of us can contract these muscles for extended periods of time. Without that pressure it becomes considerably harder. But, the more you practice the easier it becomes. 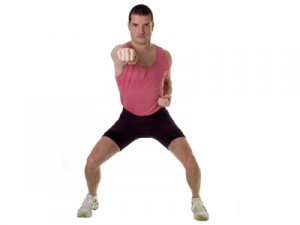 It’s believed by some that the combination of Kegel exercises, jelqing, and the male enhancement formula like Rizer XL is the best way for men to achieve maximum results in the bedroom. Many men who combine all three will notice an increase in hardness, greater size, more stamina and endurance, greater confidence, and increased ejaculate amounts. Hopefully this leads to a better experience for both the man and his partner for as long as they stay together.