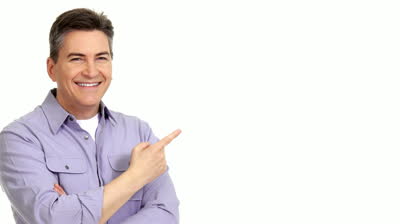 honest, frank and totally open about what to expect and the results other men have experienced. In fact, reading penis enlargement reviews is perhaps the best way to find out about products since reviewers have nothing to gain by lying – they just want to share their experience. But these reviews do leave something out and it’s important that men get the big picture if they want their enlargement process to be successful.

Reviews – When You Don’t Get the Whole Story

Reviews are focused on a specific product, so the fact that they offer a limited view into the world of enlargement shouldn’t come as a shock. While the men who write reviews do try their best to give an exhaustive view of their experience with a product, it simply isn’t reasonable to expect them to review the ins and outs of enlargement on a regular basis. That’s why men should always expand their research to include a variety of articles regarding enlargement in addition to penis enlargement reviews.

One of the biggest and most important parts of a successful enlargement process is rarely brought up in reviews. In fact, it’s often not the focus of many articles either. That’s because it’s an issue not always associated with penis enlargement even though it has a huge impact on a man’s size. It’s his weight.

While most people understand the connection between weight and overall health, few men understand how their weight can – and does – affect their penis size. First, of course, is the obvious problem of a stomach that protrudes too much and effectively shortens the penis by preventing men from being able to thrust fully. This is an obvious issue many men know about but choose to ignore or downplay by adopting different positions. But the problem doesn’t end with what is little more than an optical illusion.

As fat builds up along the body, it also builds up around the pubic region. This results in creating extra padding around the base of the penis, which also diminishes its visible size as well as a man’s ability to thrust completely. Many times, men who have one problem (a larger stomach) also have the other (fat build up around the pubic area) and so the cumulative decrease in size can be substantial.

How to Get the Most Out of Enlargement

The solution to this problem is simple, but not necessarily easy. While men undergo the enlargement process with whatever device they’ve chosen it’s vital they also address their overall fitness, especially if they are carrying extra weight. An enlargement device can deliver results over the course of 4 weeks or more, but losing weight from the lower abdomen and along the pubic area can produce results much more quickly. The best part about including weight loss as a part of the enlargement process is that losing weight will also boost stamina. Thus further improving a man’s sex life.