Men looking to enjoy a bigger penis have a couple of different options. They can choose one of two surgical procedures, employ penis enlargement devices such as pumps and extenders, practice certain types of exercises or use oral supplements. All have their merits for sure, but it's important that men weigh all options before deciding which way to go. This is especially true when it comes to surgery.

Despite our common terminology, the phrase "minor surgery" is very much a misnomer. Every surgical procedure involves some sort of risk and makes no guarantees of ultimate success in return. When it comes to an area of the body as sensitive as the penis, one should think long and hard about surgery. If you're considering penis enlargement surgery please take the time to read the information we put together here. At least then you can make an informed decision.

There are two types of surgical penis enlargement procedures commonly used today. Both are considered outpatient surgery and will be done either at the doctor's office or an outpatient clinic. The two procedures are:

Keep in mind that while both surgeries appeared to be minor, they do carry with them some inherent risks. First and foremost, the biggest risk factor in any surgical procedure is that of infection. The other significant risk is the possibility of scar tissue developing. Scar tissue on the exterior may be nothing more than inconvenient and unattractive. But in the case of phalloplasty, internal scarring can cause further complications.

According to the UK's HMS, penis enlargement surgery in that country is used only as a last resort due to the fact that only a small percentage of men claim satisfaction with the results. At most both procedures will add 1" of length and a varying amount of girth. Yet what the penis looks like afterwards makes it more unattractive for far too many men. It goes without saying that most of the men interviewed to produce the UK statistics were not happy with their surgeries and would not do it again if they could turn back the clock. 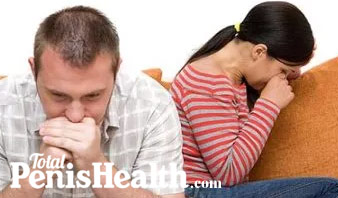 With phalloplasty men complained of two things. First was the fact that even though it was a little bit longer, the penis no longer looked natural. Rather than appearing to "flow" naturally from the abdomen it looked like a piece of doweling glued to the skin. Second, they complained that their erections pointed downward rather than upward, making sex more difficult. This will happen in nearly 100% of men who get phalloplasty due to the fact that the tendons are what pull an erection upward. When those tendons are severed there's nothing to provide that upward pull.

With the fat injections the number one complaint was a very unnatural look. That's because it is nearly impossible for even the most skilled plastic surgeon to inject the fat cells in such a way as to create uniformity. It is common for men who choose this method to end up with lumps, depressions, and an overall odd shape altogether. What's more, those fat cells will break down and be absorbed into the system eventually. So even the results of fat injections are not permanent.

Penis Extenders are the Better Choice

When all is said and done, a penis extender is the best choice for permanent, measurable results. The device takes advantage of the body's natural desire to repair stressed tissue in adding permanent length and girth to your penis. Just like a bodybuilder stresses his muscles in order to add mass and definition, a penis extender gently stresses the spongy tissue of the penis to encourage additional tissue growth.

The biggest advantage of a penis extender is that the results are permanent. And when used according to the manufacturer's instructions it provides a gentle enlargement over time rather than something that's too quick and potentially painful. If you're thinking about penis enlargement surgery please stop and consider using a penis extender instead. It will cost you less money than surgery, will provide better results, and doesn't have nearly the same risks.

Visit our review section for the latest penis extender reviews and product information: